Why I’m No Longer Talking to White People About Race 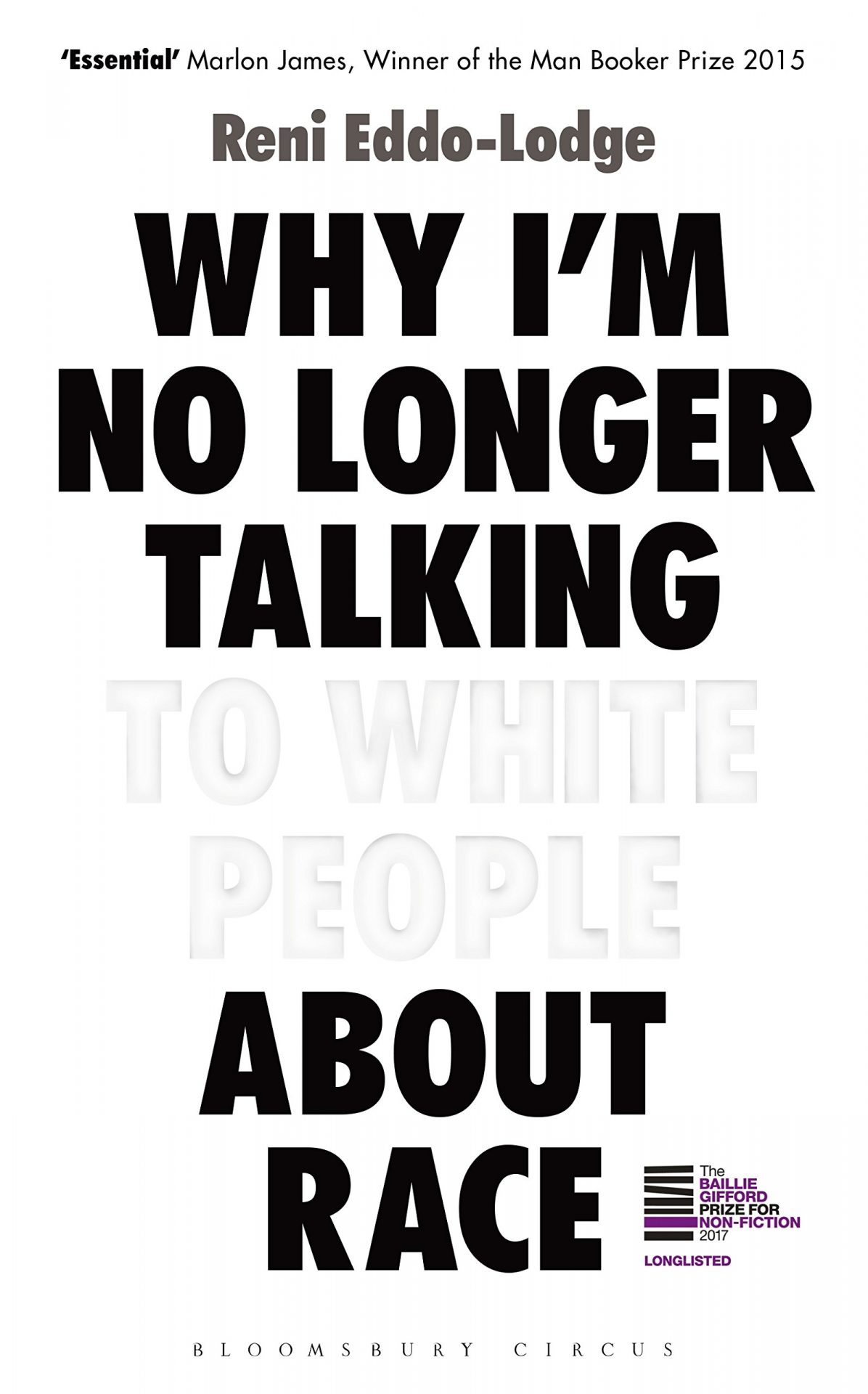 Why I’m No Longer Talking to White People About Race

Though familiar with the BBC series on empire and colonialism, as a US reader I was particularly enlightened by the detailed history of the domestic racist story and its consequences which Eddo-Lodge presents in the first chapter of her work. We are all aware of the fact that “history is written by the winners”. It is a bright broad landscape, keeping the treacherous dark forests of misbehavior behind us and out of the picture. Current studies indicate that US parents, with apparent good will, largely hesitate to educate children about race because of fundamental misunderstandings about children’s capacities to process race.

Though the Preface was somewhat disheartening for this old white guy, this UK history would have been worth the book if there were not a lot more. Fake history is a resource and in an age of fake news it must be replaced in everything from schoolbooks to everyday media.

The second chapter focuses on The System, as found in the description “systemic racism”. It presents dynamics of that system through a series of stories of and interviews with those experiencing various aspects of racism embedded therein that they encounter in society and workplace. While there is a discussion of the debates around positive discrimination and biracial identities, these are not seen to be effective long-term solutions to dismantling racist systems.

Next, What is White Privilege? is discussed and dissected, ending with the question, “Why don’t white people think they have a racial identity?” One is certainly imputed to them in the racism discourse, no matter how varied their stories and ethnic experiences may have been. Ignored is what they have suffered at the hands and mouths of the “Chosen People”, so well described by Clifford Langley as “the big idea that shaped England and America.” Acknowledging diversity among white people and how various groups acquired “white” status and privilege in both the UK and the USA is an important part of the racist story that cannot be listened to and is readily dismissed because it cannot be compared in intensity and duration to the racist oppression of other skin colors or called upon as a source of empathy. For the author, it is as if white people “all learn the lines from the same sheet.” Black disempowerment is white empowerment.

The specter of shifting demographics is used as political leverage—whites are threatened with the Fear of a Black Planet—the title of Chapter 4—with the presence of and fresh arrival of differently skin-toned others, whether expatriates, colonials or refugees and asylum seekers, and seemingly inevitable threat of their growth in number. Again, as in the first chapter this was very interesting reading to one unfamiliar with the racist story of the UK, though numerous parallels with the USA could easily be drawn.

Most of the recent best sellers on racist issues that have come across my desk have been written by women, so it is not surprising here to find a special treatment, The Feminist Question chapter exploring the particular effects of racism on women’s sense of self, sense of appearance and body image and their reflection in the media, or lack thereof. Although the author values having been nurtured and supported by her own early embrace of feminism, she ultimately found the need to be part a black feminist group, This posture is accentuated by experiences that lead the author to identify repeated evidence of “the overwhelming whiteness of feminism”, despite the ever pressing need for a feminism “that doesn’t leave anyone behind.

Race and Class, Chapter Six, was likewise intriguing to this reader as the function and discussion of class has been more overt in the UK context where lower, middle and upper classes were clearly defined in an industrial economy. The present situation is however a complex mixture, betimes an intertwined and overlapping of race and class advantages and disadvantages. In any case, objective studies clearly show Blacks, Indians and Pakistanis and Middle Easterners, and particularly women in these groups, at the lower end of both the salary and employment figures. Much of this chapter focuses on the topic of housing and gentrification and the defense of the “white working class” by those invested in the current order, which flies in the face of racial equity and immigrant support.

A final short chapter: There’s no Justice, There’s Just Us. Clearly, making white people feel uncomfortable in the face of racist birthed anger is inevitable. The DNA of racism is omnipresent in social, economic and educational structures. There is pain and bottomless anger for those continuing to experience it but another sort of pain for those who come to realize that they possess privilege and racism as part of their structural social and psychological anatomy. “Do something!”—the author’s parting words. Specifics are lacking—they are left to our insight into the opportunities to speak and act that surround us.

Books are written in contexts and the closing pages, titled Aftermath, briefly set us in the context of the hostility, and yes, racist-charged Brexit vote and Trump election. The need to manage despair and frustration is ever more pressing in the throes of the pandemic and find only a small sense of release in demonstrating for Black Lives Matter in the face of political resistance and repeated judicial disappointment.

← Between the World and Me The Descent of Man →
We use cookies on our website to give you the most relevant experience by remembering your preferences and repeat visits. By clicking “Accept All”, you consent to the use of ALL the cookies. However, you may visit "Cookie Settings" to provide a controlled consent.
Cookie SettingsAccept All
Manage consent