White is not a colour, is it? Interculturalists and white privilege 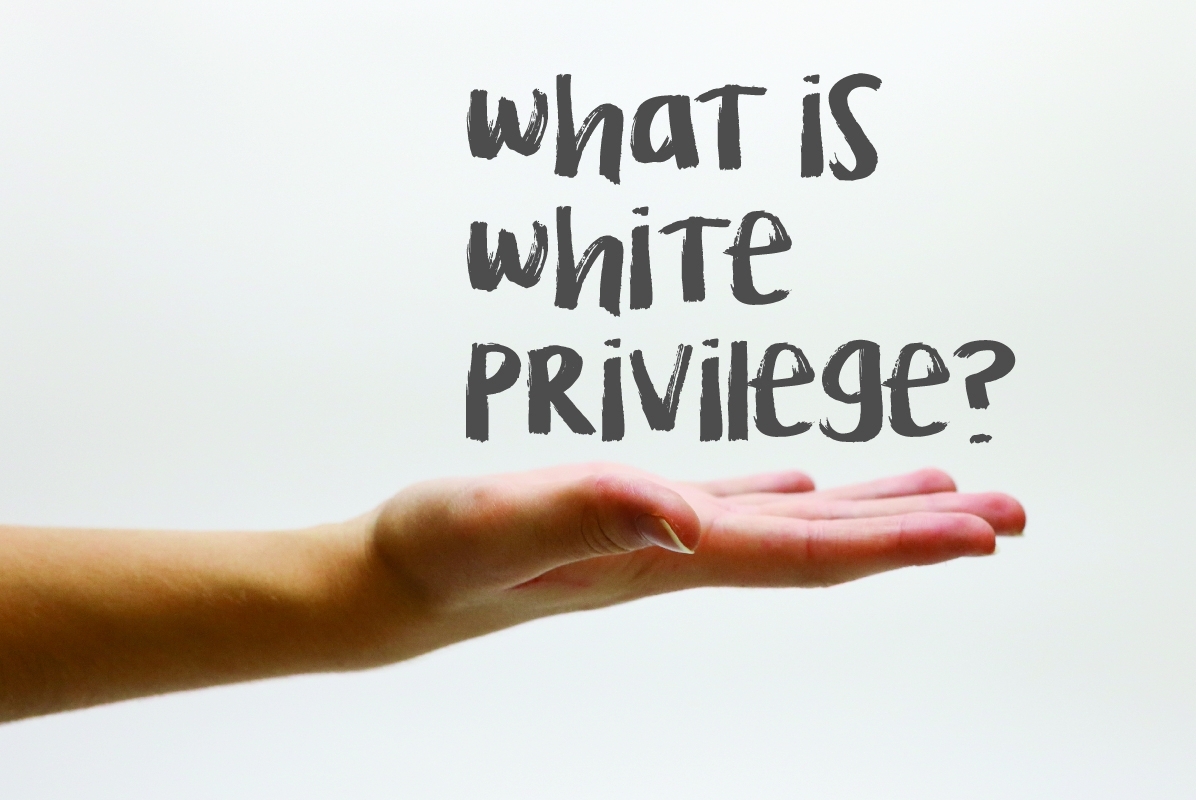 White is not a colour, is it? Interculturalists and white privilege

White privilege can be viewed by some as a position of patronising and benevolence: “I’m here to help.”, while ignoring the world views of others.

At one of SIETAR Europa’s anti-racist webinars, I noticed how difficult it seems to be for a lot of my white interculturalist colleagues to admit that they are privileged because they are white. I wondered why it was so difficult for us to see that we benefit from being white in a predominantly white environment. Maybe it is because that would require us to leave our comfort zone. Or maybe it is because we are the “good guys (sic)”: as interculturalists, we work against discrimination, we try to help people to understand cultures better, so how can we discriminate or be racist?

At school, in my history lessons, I learned to apply Quellenkritik, which translates as critique of the source: When reading a text, I always need to challenge the position of the writer. What is their stance? What is their intention? What is their background and motivation? (A technique that helps a lot in the debate today as so many opinionated and manipulative pieces of writing are taken at face value instead of seeing them for what they are: propaganda). However, we need to start with that by challenging our own position: Where do I write from? What is my agenda? This is expected to be done by people of colour, but by white people? White seems to be normalised, so white people do not see the need to discuss what is ‘normal’. And this is where we need to start, so I am going to share my position.

I was born a white woman into a mainly white society. I work in an environment where women are not rare (language and culture), so I experience only little discrimination from that end. I am aware that I get a lot of jobs because I belong to the same ethnic group as the people who hire me. In the English training field, I have been discriminated against because I am not a pure native speaker of English. My stance here is the view of an angry white person challenging the denial a lot of white people live in when it comes to their own role in supporting an unfair system, how unintentional this seems to be. Now, what is your position? Is it similar to mine? Or do you see yourselves as a victim of misunderstanding? Do you argue that it was not your fault you were born white? That you cannot help it and, of course, you think racism is bad?

Of course, we can argue that biologically speaking none of us is black or white when we look at our DNA. But we are not talking about biology here, are we? We are talking about a socio-political construct and its cultural implications which mean that even people who, biologically speaking, would be three-eighths white or half white, are perceived and categorised as Black (see Barack Obama). And with that classification, racism starts. Maybe we should start by talking about White with a capital W, as a socio-political construct as well to get to the root of this.

White privilege can be viewed by some as a position of patronising and benevolence: “I’m here to help.”, while ignoring the worldviews of others.

Comments during the webinar revealed that race is not a political issue in many countries of Europe, it is seen as a US-American problem. Really? Look at the recruitment policies of companies and tell me racism does not exist. Check the school grades and recommendations non-white children get and tell me racism is not a European issue. The idea of equality is one that may be inscribed into the legal and political system of a country, but it does not reflect reality.

As a result of my job, I need to travel a lot and I started reflecting on how I am seen by others. I am mostly perceived as a German, and I receive positive and negative feedback because of that, depending on whether people see Germans as aggressive Nazis or great engineers and footballers. That is, when I travel the world as a white German. If I travelled the world as a black German, I would be seen as black. Not as German. People would be surprised or even shocked to learn that I am German. Yet, the apparent invisibility of white as a colour does not mean it is not there. We need to learn to see it: When I talk to clients about jobs, most of them are white. So there is this unspoken acceptance that we both belong to the same in-group. Am I aware that this increases my chances of getting the job? = Yes. Would I step back in favour of a non-white colleague? Well,… can I not answer that question?

For me, one of the interculturalist root problems is that interculturalism (and we know, any -isms are dangerous as they imply ideologies) is mostly a white field, and its key figures are white males: it is mainly white people analysing, categorising and interpreting other (non-white) cultures, often from western European and Anglo-American viewpoints. In quite a few books and article series on intercultural issues, experts are interviewed on different cultures. The majority of the experts interviewed are white people who studied the culture in question, not people from the culture studied. I would not even argue that this was done on purpose: maybe the writers just happened to know these people, they were at hand, but they also belong to the same in-group as the writer and the intended audience, so there seems to be the unspoken belief that they could explain things better.

Because this is something white interculturalists seem to do: we revert to a position of patronising and benevolence: “I’m here to help.” However, this help can be counterproductive if we do not challenge our own position and reflect on how much we are part of the problem without meaning to: I know you did not ask for being privileged, you happened to be born into the society where being white as an advantage: we do not question advantages if they are to our benefit.

What do we need to do, then? We need to ask ourselves what we can do, what can our contribution be instead of expecting people of colour to provide the answers for us. We need to stop explaining and analysing; instead, we need to ask: “How can we help?” and “What do you want us to do?”. And we need to listen, to accept the way people feel about their discrimination, story-listening instead of story-telling. We may have the same rights, but we are not all given the same access. We have to stop turning the tables and putting ourselves into defence mode by saying “I’m not racist”. It is not enough to be not racist: you have to proactively be anti-racist. White interculturalists need to be clear about their own position. Stop taking criticism of systemic racism personal: instead, leave your pedestal and help to give a voice to people whose views are marginalised and not part of the discourse because they do not belong to your in-group.

This might be a good starting point: we need to make sure that intercultural teaching and researching is getting much more diversified. With its webinars and the Journal contributions, SIETAR Europa made a very good start and I think we are on the right way, but it is a long way to go if we want to evolve as White Allies. And we also need to make sure that we do not reduce people to one feature: the definitions of Black and White are not exhaustive, and we need to pay attention to the diversity of people of colour, too, as we do it with white people.

To conclude: in any of my training on intercultural issues I start with self-reflection and self-awareness. I start with raising questions about my own culture(s) and my students’ culture(s); I ask them to think about how much they are a product of the culture, and how happy they are with that and what they are unhappy about. This is something I would expect also from intercultural trainers because we have to challenge our own position if we want to advance the fight against racism.

← Understanding Unconscious Bias - Insights from Neuroscience Culturalism: the elephant in the room? →
We use cookies on our website to give you the most relevant experience by remembering your preferences and repeat visits. By clicking “Accept All”, you consent to the use of ALL the cookies. However, you may visit "Cookie Settings" to provide a controlled consent.
Cookie SettingsAccept All
Manage consent