The subtle and powerful influence of culture 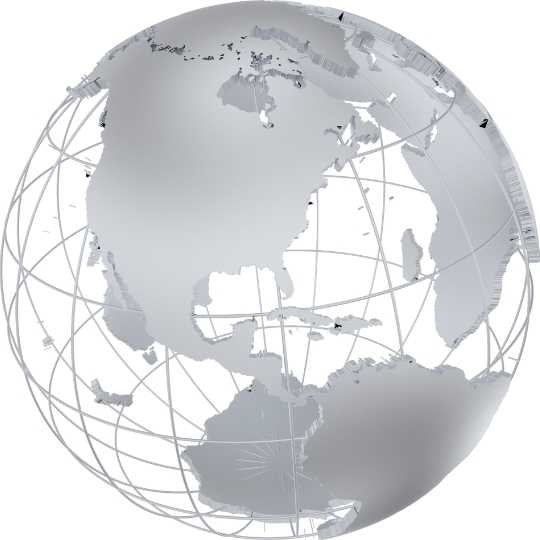 The subtle and powerful influence of culture – The different leadership responses in the United States and Spain during the pandemic.

Culture plays a very important role in defining a person’s identity, but it is also a determinant factor on how governments and the public react to certain issues. With the arrival of the Covid-19, it has been very interesting to see the diverse responses and results worldwide, as well as how culture has had an influence in many of those actions.

The United States and Spain have been two of the most affected countries, finding both in the top 10 rankings when measured by the number of infected citizens, the number of deaths, and the infection and death rates in proportion to population. Furthermore, I have chosen these countries because I have lived in both during the times of coronavirus, having first-hand experience with the two cultures.

I have analysed the behaviour of both countries using cultural dimensions from the cross-cultural researchers Geert Hofstede and Edward Hall. Interestingly, the countries have shown almost opposite responses.

As you may know, the United States is the most individualist country in the world, and this trait has manifested itself in the American response to the pandemic. The country’s priority was above all to protect individual freedoms and let their population make their own decisions and take care of themselves. Therefore, lockdown, wearing masks and other measures were just guidelines proposed by regional and local governments. The main motivator to follow these guidelines was “do it for your own safety”.

Spain, on the other hand, is a far more collectivistic country relative to the US. Because the collective was more important than the individual, the national government imposed a very strict lockdown that restricted individual freedoms and avoided discrepancies across regional and local governments. Spain’s collectivistic culture was also shown in the people’s motivation to “do it for everyone’s safety”, shared in balconies, social media posts, and even songs.

The United States is considered a fairly competitive or “masculine” country, and there have been some actions in American leadership during the COVID-19 crisis that reflect this cultural trait. For instance, President Trump mentioned in a press conference that “if we [the United States] have between 100,000 and 200,000 [deaths], we’ve all together done a very good job”, highlighting the importance of the administration’s success in fighting the epidemic.

In relation to Spain’s collectivism, the country has proven to be mostly a collaborative country. In a collaborative and collectivistic culture, the motivator in following a strict lockdown is to prioritize the taking care of the community, especially of those who are weak and needy. This attitude is reflected in the exceptions made during the strict home lockdown, one of them being taking care of the elderly or people with disabilities.

The low power distance and egalitarianism of U.S. culture has led its cities and states to openly disagree with their local and national political leaders. For instance, New York’s Mayor Bill de Blasio imposed a lockdown order in New York City contradicting the NY governor’s statements, and several governors have taken action at a state level without waiting for a response or permission from Washington D.C.

Furthermore, several groups of U.S. citizens have completely rejected the coronavirus guidelines, claiming that the governors cannot restrict their personal freedoms with stay-at-home orders or dictating that they should wear face masks in public spaces. Demonstrations and protests have taken place in several states where protesters have shared their view about prioritizing their personal freedoms over the collective action needed to avoid the spread of the virus. In Michigan, a group of armed protesters demonstrated against the COVID-19 lockdown by entering the State Capitol and shouting anti-government slogans, including comments comparing the current Democratic governor, Gretchen Whitmer, to Hitler.

Spain, on the contrary, has proven to be much more hierarchical than the U.S., especially with the increase of authority acquired by the Spanish government during the health crisis.

As soon as the State of Emergency was declared on March 14th, all regional competencies of the autonomous communities were fully suspended, and those competencies were transferred to the authority and responsibility of the Spanish government. Furthermore, the activity of the Congress and the Senate was fully suspended for 15 days initially, and later extended, leaving the decision-making to the heads of ministries and the presidency.

After two months of strict lockdown (no jogging, no fresh air, no use of common spaces in private properties), the government started allowing the regions to reopen with coronavirus de-escalation phases, but the movement of people between regions was still not allowed. And to control that, the Ministry of Health started using apps to determine the location of Spanish citizens and check and see if they were avoiding unnecessary journeys.

The Spanish government also cancelled in-person press conferences, creating a system that allows the government to censor information to the public.  Journalists were added to an official WhatsApp group where they submitted their questions to the Head of State or the Ministers, and after the government screened the questions, only a selected few were actually answered at the press conference. The journalism industry presented the manifesto called “La Libertad de Preguntar” (The Freedom of Asking) to stop the censorship, but it was later rejected by the State Secretary for Communication.

Last but not least, the national police – known as “Guardia Civil” – started monitoring social media to reduce social conflicts and demonstrations during the health crisis.

An interesting example on how United States and Spain perceive time (linear vs. flexible, respectively) is their approach to lockdown dates. Most of the states in the U.S. that issued guidelines for safety measures and quarantine, announced the lockdown would take place for a full month with a possible extension. They know American culture is monochronic and its citizens prioritize promptness and good organization over flexibility, giving them the chance to organize themselves for the next month knowing that the guidelines would be in place for a specific amount of time.

In the case of Spain, a polychronic culture, the government announced a first lockdown of 15 days. As the deadline approached, they extended the lockdown period for another 15 more days, and as in the first deadline, it was extended for a third and a fourth time, 15 days each. In this scenario, the focus of Spain is on adaptability because flexibility is valued over organization.

The lesson learned from this study is that culture is a determinant factor when making decisions of how to approach a global challenge, even if the cultural aspects are usually disregarded or go unnoticed by decision-makers. Culture subtly affects behaviour to a great extent, and it plays a very important role in determining the leadership style and leadership response of countries and governments around the world.

Therefore, we should be aware of the cultural undercurrents that affect our collective and individual behaviour in order to understand the response of our governments and the reaction of the population to those government decisions. In addition, we should recognize what cultural aspects need to be taken into account if we want to make a change in our behaviour for the betterment of society in a crisis situation.

In conclusion, the leadership and public responses to the COVID-19 crisis in the United States and Spain have been very different and almost opposite in a variety of aspects. As we have seen, culture has had a significantly influence on most of the measures taken by both governments, as well as on the attitude of the public.

← The Golden Rule vs the Platinum Rule - The trap of projecting similarity  Understanding Unconscious Bias - Insights from Neuroscience →
We use cookies on our website to give you the most relevant experience by remembering your preferences and repeat visits. By clicking “Accept All”, you consent to the use of ALL the cookies. However, you may visit "Cookie Settings" to provide a controlled consent.
Cookie SettingsAccept All
Manage consent