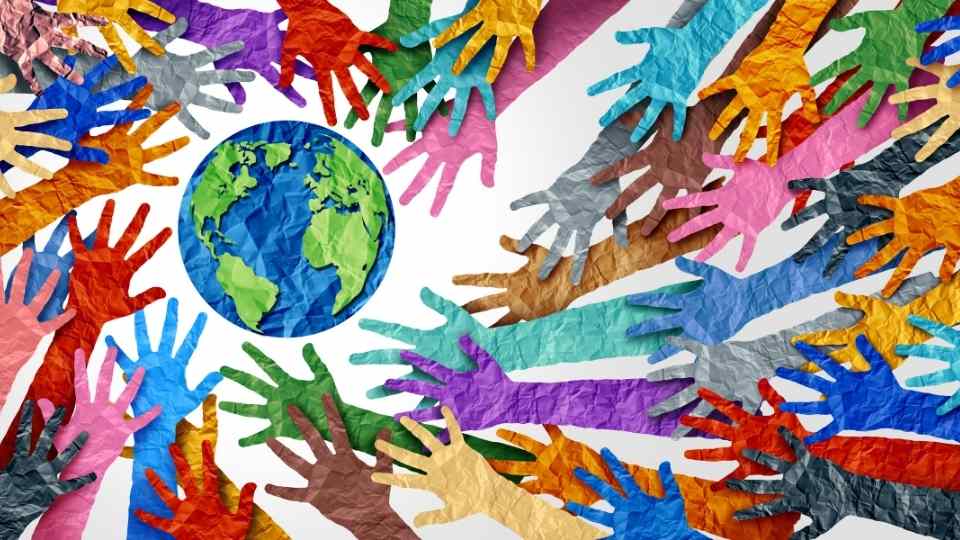 Here is an interview with the Mission Manager of Preventing and Countering Violent Extremism in Prison under the Belgian Ministry of Justice, Selim Cherkaoui. Selim is a Countering-Violent-Extremism expert and a front-line practitioner who employs intercultural and interreligious dialogue in the development of workshops and tools for PVE (Prevention of Violent Extremism)

Tell me: why was there the need to create your office at the Belgian Ministry of Justice?

To better understand this, we must first go back to the Paris and Brussels attacks.  At that time, penal institutions had no plan in place to deal with the problem of violent radicalism linked to extremist religious or political ideology. More and more people were incarcerated for violent extremist offenses, including Foreign Terrorist Fighters (FTF). As a result, prison staff were hastily trained to pick out signs that might be suggestive of violent radicalism in certain inmates.This happened hurriedly and with much clumsiness from some self-styled terrorism experts seeking to position themselves and sell their services in a very flourishing security market.

It was a big failure, because there was a lack of understanding of the ‘fantasized’ universe from which these radicalized young people evolve or of the underpinning social and cultural codes involved. Through a one-size-fits-all kit, prison staff were trained to judge someone’s level of violence based on the length of their beard or the symbols depicted in their tattoos. In the case of worshippers, special attention was paid to the way they prayed. In other words, what existed after those attacks was a lack of nuances and discernment mixed with fear and paranoia.

I was fortunate to have been recruited to create bridges of understanding and to provide some insight into the realities of the world in which these inmates lived. I am also tasked with helping the justice services in profiling inmates: separating the wheat from the chaff rather than seeking out and glorifying the most dangerous individual as most prisons tend to do. I say this because I have learnt over the years that by putting the most dangerous inmate under a special regime, the prison tends to give such a man celebrity status among the prison population, akin to that of the fictional character in Thomas Harris’ suspense novels, Hannibal Lecter. The others consider these “special” prisoners to be anti-system heroes or martyrs in the worst-case scenario.

Now that you’ve worked here for several years, what are some of the main triggers of violent extremism that you have identified, and how do they reflect the social experiences the inmates may have had?

The triggers must be analysed in depth starting from childhood. No one is immune to the evil of violent radicalism. Violence is everywhere in our societies, yet it does not define the evolution towards an extremist ideology.  We can carry extreme ideas and at the same time condemn the use of violence, but violent extremism is the combination of two powerful and destructive forces whose triggers are still poorly understood.

Having worked with many people who have used violence to try to achieve their political or religious goals, I will probably go against the flow of what we are used to hearing. I don’t believe in the idea of refusing to integrate yourself in a society as a response to the stigmatization you feel, nor in the decision to join an extremist group to express hatred.  I think that human beings are seeking to live for a higher ideal. I refuse to judge them. Most of us are living for high aspirations; we desire to build careers, to create and protect our families, and to look after our communities or the environment. In today’s society, where being a good citizen means being a good consumer, there is a loss of landmarks, and as soon as the first psychopathic guru comes along with a life-and-death plan for how you can fight injustice, the same injustice that you identify with, it might become dangerous. Through my work in this area, I can confidently say that one of the surest triggers is the influence of macro- and world geopolitical tendencies on the trajectories of these inmates.

What are some of the practical approaches you apply to countering violent extremism in prison?

We engage in active listening; always keeping in mind the search for similarity in a non-judgmental environment in order to provide the most appropriate services in prison.I also had to develop my own work tools based on existing know-how but with much emphasis on listening to my own feelings during an interview. I have met as m any profiles as there are people; each person comes with their intelligence, doubts, prejudices, hatred and love. I had to use the singularity and intelligence of the person to allow me to take them where they ought to be and not in the opposite direction.

What has always worked best, at the practical level, is my ability to develop intercultural and interreligious dialogue with them.  They tend to be very sensitive to this kind of discussion. From there, I could build my approach based on alternative narratives. I insist on the word alternative rather than the word countering.

Apart from working with the prison service, inmates and other major stakeholders, are there any projects you undertake to help stem the rise of such behaviour amongst young people?

We developed campaigns to empower young people so they can carry the message to their peers. We have come to understand that the message is better received when it is coming from one young person to another rather than when someone in authority delivers it. This work is carried out at the grassroots level, devoid of partisan political considerations or any calculated political purpose. And since youth are more connected via the internet, we also incorporate new technologies in our approach to tapping into their vision of the world.

One of the projects I am particularly proud of is a campaign that has been supported by the OSCE (Organization for Security and Co-operation in Europe) office in Warsaw. The “Words into Action” campaign aimed to address anti-Semitic hate and what influences it. Through this campaign, I was able to dig into WW2 stories of ordinary people, mostly Muslims, who risked their lives to rescue Jewish people in danger.

I imagine there must be numerous stories that encapsulate the impact of the work you do on the lives of the people you are working for. Would you mind sharing one or two with me?

I will always remember a meeting with a prisoner not so different from others in terms of the themes discussed during our interviews. This inmate was inclined to share with me his certainties and doubts. Rarely has there been such openness during a first interview. The first session lasted more than three hours, and we covered many topics, often disagreeing with each other, but we kept the dialogue open.

One day, one of the guards comes to see me and tells me the inmate is practising taqiyya. (In Islam, taqiyya is a precautionary dissimulation or denial of religious belief and practice in the face of persecution). I was surprised by the very idea that the guard had learnt this word during a training; it showed me how much we were stuck in the negative portrayal of Islamism to the prison personnel.

I asked the guard why he thought that. His answer was: “What a joker your guy, the Islamist, is; he started to read the Bible. He’s hiding something, he wants to show he’s repenting, it’s part of the trap”. I was curious about this piece of information and decided to ask the man about it the next time he was in my office.

When he eventually came, the first thing he said to me was this: “I am reading the Bible; I see many similarities and common stories. I want to study comparative religion”. I knew the man and knew his sincere intentions.  I encouraged him. After several months, he became my best relay for any meeting with new prisoners. With those who could identify with his story, he helped to create some much-needed openings for dialogue. Overall, in working with this man and others like him, I feel I have achieved one of my goals, which is to feed their curiosity and find a way to appease their torment. Not to de-radicalize them, though. I leave this word to the experts. 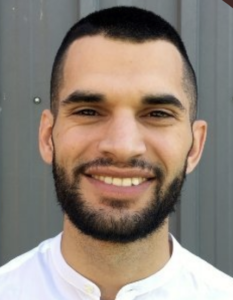 Selim Cherkaoui is a Countering Violent Extremism (CVE) expert. His experience and fields of activity include and the prevention of violent radicalization. He works with prisoners to help them build resilience and accept responsibility for their action, preparing them to reintegrate into society once released. Selim also designs tailor-made disengagement programmes and has developed pedagogical tools and capacity-building initiatives for teachers to address hate speech by raising of awareness of the Holocaust in Muslim communities and developing therapeutic tools for the rehabilitation of young people who have been radicalized.

He can be reached at: linkedin.com/in/selim-cherkaoui-10259a38

← My first experiences with Online Teaching We are all anti-racist, but — how do we teach this in our classroom? →
We use cookies on our website to give you the most relevant experience by remembering your preferences and repeat visits. By clicking “Accept All”, you consent to the use of ALL the cookies. However, you may visit "Cookie Settings" to provide a controlled consent.
Cookie SettingsAccept All
Manage consent