From dressing up a child to building up a strong person 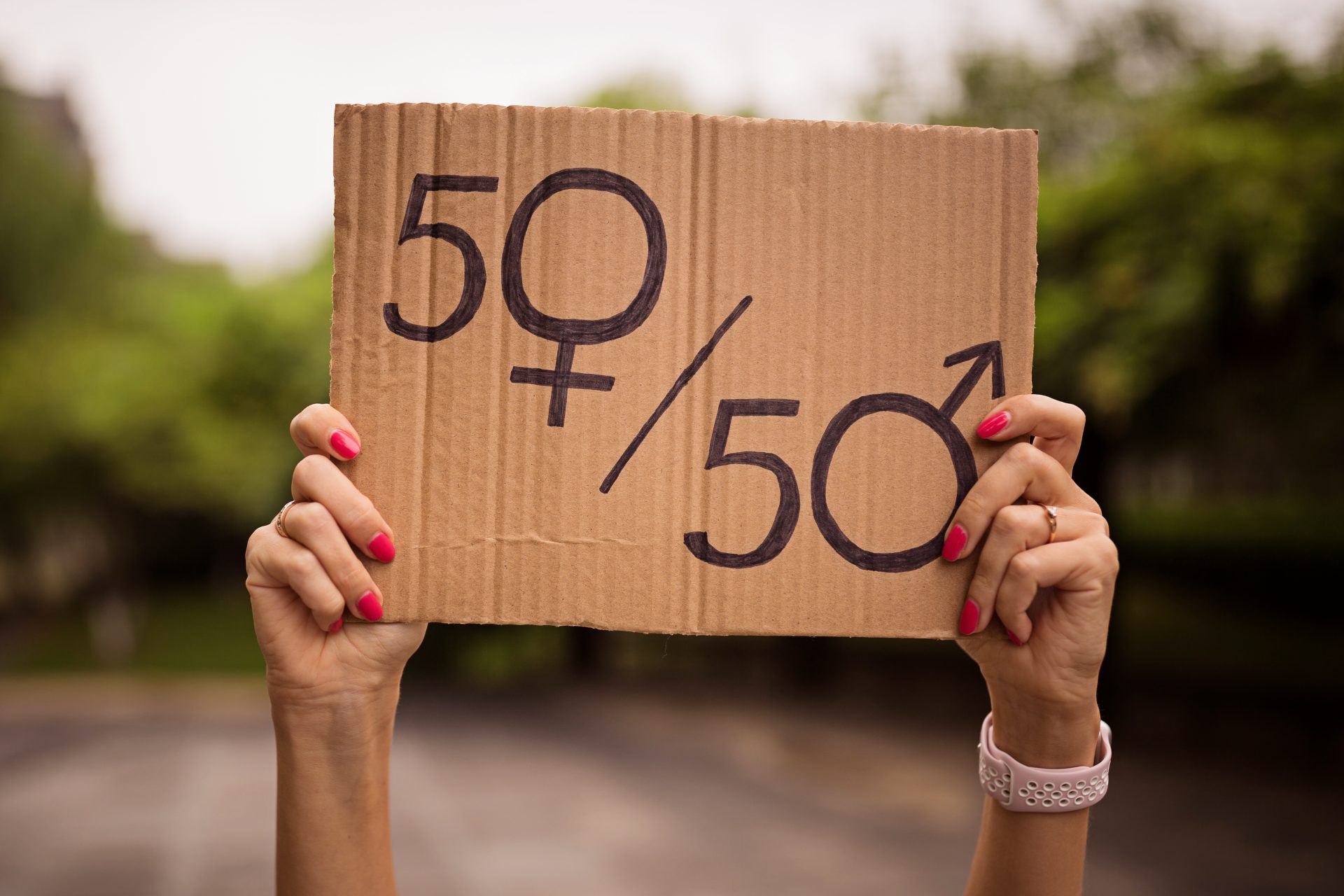 From dressing up a child to building up a strong person

Don’t you think like I do? “Great pic, flying in the face of stereotypes: A little girl in blue, unisex clothes,  and (gasp) aliens print of some sort. Who needs prin cess and fairies?”

A few years ago, Facebook CEO’s daughter turned one.  I couldn’t help but notice a consistent message from  Mark and Priscilla. Baby Maxima often wears blue (ste reotypically a boy’s color), unisex style, without gender  abiding prints – aliens, in this picture. When Maxima  was born, she was photographed with the book “Quan tum Physics for Babies.”

We are all influenced by subconscious stereotypes,  and in turn, project them onto our children. How of ten do we buy dolls, cooking and nursing toys for girls  but cars, building blocks and superman costumes for  boys? What really makes us praise girls as “pretty” and  boys as “smart”? Why do we chastise daughters for be ing “unruly,” but feel that “active” sons as nothing short  of natural?

How often that girls are taught to do chores while sons are free to play videogames? Why do we overprotect  daughters to the point of near captivity but let boys roam around to gain experience? Why girls can’t be girls but “boys will be boys”? How often do we expect our girls to focus on raising family and boys on becom ing breadwinner?

We say: “everyone makes a choice”, but can we face  the fact that all choices are influenced by the social  environment, and the very choices of parents, friends,  celebrities, and everyone else? Go to the very bottom  of that question, is it a baby’s own choice to be born,  to be raised in a certain family and culture, to get the  first toy, go to a certain school, read a certain book and  uphold a certain value?

Upbringing and education are often characterized by  cultural values and subconscious bias that will influ ence and weigh on children for life. Even when parents  are conscious of stereotypes, it is hard to escape them  from a society full of gender biases. Children take role  models from friends in kindergartens, television, grand parents, and every single other adult around them.

Humans are social animals. When a child sees boys  playing with cars, girls playing with dolls, their mother  busy with housework and their father with driving…etc.,  the child would slowly change their thoughts and behaviors accordingly. The media surrounding children is full of biases and stereotypes. In movies and fairy tales, young pretty  girls wait for their princes to come so their life can be  fulfilled. Men should be rich, royal, or warriors to stand  any chance to mate (!). Turn on the TV and most advertisements take advantage of lazy stereotypes to  find way into consumers’ brain. If an ad for detergent  features a husband, consumers may have a slightest  chance of cognitive dissonance. And so, let’s avoid it.

Children are much more insightful. In a viral video, a  girl points out the blatant gender bias. T-shirts for boys  have “Be a hero” and for girls’ are “I need a hero” However, companies are increasingly aware of this social change. Campaigns have been based on progressive values of equal opportunities to attract highly educated and liberal parents. For example, Toy ‘R’ Us now has catalogues with girls playing soccer and boys cooking. In “Frozen,” both  princesses are strong and confident women. A prince is not even the final goal of life, and the ultimate power is sisterhood.

The dangerous thing about gender bias is that it creates a terrible gap between being men and being women, so much that these two seem like completely different species. Popular books such as “Men are from Mars, Women are from Venus,” or “Why Men don’t listen and  women can’t drive”, or the whole gaga of “male brain”  and “female brain,”… etc. completely miss the latest  advance in neuroscience and the idea of “brain plasticity”. It sells the simplified idea that biological gender  identities are hardwired from birth, and if a girl grows  up in forest, she would still like pink clothes and wait for a prince to come (fairy tale shows it). Well, truth is, if left in a forest, her best scenario is to be rescued by wolves, and to end up being a feral child who crawls on all four. Culture is the driving force of humankind. It is stronger than genes when it comes to  behavioral adaption.

In fact, the only thing that separates human and animal is that animal is guided by genes, and humans are mostly guided by a culture. A great book on this subject is Wired for Culture by Mark Pagel, praised by Nature  to be the best book written on culture so far.

Evolutionary biology and neuroscience have shown us  that there is no such clear biological borderline for gender. Male and female are only two lazy labels we put on to simplify a very dynamic interaction between biology  and social environment. In fact, everyone has the potential to become a very complex being, with both male and female stereotypical traits.

Back to our story: So if humans are mainly guided by a culture, why don’t we create a culture that has fewer  stereotypes and prejudices for children? Instead of letting subconscious biases control us, we can consciously minimize the consequences.

A child can play with dolls and learns to care for others,  play cooking and learns to help parents with chores, play  teacher and learns how to share knowledge and communicate effectively, or play superhuman to understand  the value of compassion when having power. These  qualities are gender-less. And progressive parents will understand that toys are crucial to carve personality.

Of course, our children will grow up and stereotypes ridden societies will continue to influence them, just like  us and everyone else. No one can escape subconscious  bias totally, but we can definitely become AWARE of the  fact that we are all under its spell. From then on, we  would pay more attention to our words and habits. It can  all start with the kind of clothes we dress our children  up, or the first toy we put into their hands.

Dr. Mai Nguyen-Phuong-Mai (or Mai Nguyen) is Associate  Professor at Amsterdam School of International Business  (AMSIB) where she has been working since 2008. She’s in volved in diverse research projects. Her research interests in clude Diversity Management, Asian corporate culture, Middle  East and Islamic culture, Face-work Negotiation, and Instruc tional Design.

In the last few years, she has taken interest in cultural neu rosciences together with her study at King’s College London  in a Master program on Applied Neuroscience. In May 2017,  she published a book with Amsterdam University Press titled  “Intercultural Communication – An Interdisciplinary Approach:  When Neurons, Genes, and Evolution Joined the Discourse”.

This is the first text book in the field of IC that incorporate  some basic insights from newly emerging disciplines. It ad vocates a fundamental change from seeing culture as static  to a more responsive paradigm of seeing culture as dynamic.  It challenges the dominant school of static culture with scien tific foundation in neuroscience. Since the date of release, she  has been invited to keynote at multiple conferences. Her up and-coming book with Routledge in August 2019 is another  attempt to enrich the field of cross-cultural management with  insights from brain science.

She can be reached at dr.nguyenphuongmai@gmail.com

← White Fragility: Why It's So Hard for White People to Talk About Racism  Neuroscience of Inclusion  →
We use cookies on our website to give you the most relevant experience by remembering your preferences and repeat visits. By clicking “Accept All”, you consent to the use of ALL the cookies. However, you may visit "Cookie Settings" to provide a controlled consent.
Cookie SettingsAccept All
Manage consent