Spring is in the air and so are new beginnings! Starting this April, we are pleased to bring you views, opinions and ideas from a large but select cross-section of experts on biannual topics under the blog: Coffee with MG. Our topic for this half of an already eventful 2022 is Diversity and Inclusion. Enjoy! 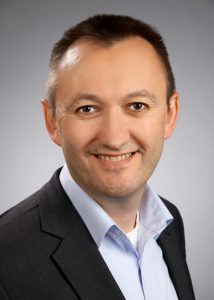 ”Where there are opportunities, there are challenges also”

”Diversity is an opportunity and Inclusion is something to strive for”

Meet Gary Thomas…our first chosen guest for the hot topic. My rich conversations with Gary started a year ago, when I decide to formally embrace the intercultural field after having already straddled two continents in my journey between the east and the west since the last 28 years of professionally working in the international arena. Anybody I called in the intercultural field in Europe, pointed me to Gary. “Speak to him. He´ll give you more insight” is what they all said and finally I did speak with him in the middle of the Corona pandemic which has unleashed more changes in the global working arena than one could have ever imagined.

So, naturally, my first choice of guest was Gary Thomas, a name very familiar in the global intercultural circuit. Gary, besides being the former President of SIETAR Germany, is the Managing Director of Assist GmbH, a company based in central Germany with several divisions focussed on international and intercultural Human Resource development. With multiple roles ranging from entrepreneur, leadership trainer, coach, facilitator, mediator to author, his foray in the intercultural world began early in his childhood in Coventry, UK which he describes as a melting pot of people from different backgrounds. To him, diversity was normal. It is only when he left Coventry that he realized how different the rest of the world was, with respect to diversity. That realization grew deeper when he came to Germany thirty years ago and when he  eventually diversified from linguistics to intercultural.

“The role of SIETAR is becoming more relevant in encouraging discourse about cultural diversity.”

Gary regards diversity as an opportunity and inclusion as something to strive for. He is excited by the waves of changes sweeping through Europe and the world, though at times it seems that diversity is being driven more by need than by the ethos of bringing in more perspective. He feels that until fairly recently, the approach to cultural differences in the corporate context, certainly in Europe has quite often been a tendency to regard intercultural diversity as a problem to be solved or dealt with, along the lines of ‘How can we learn to work better with our colleagues from country X, Y or Z’.

“I think if we focus on the benefits of diversity and focus our attention on what we can learn from each other, we can really let our differences make a difference, so to speak. Here in Europe, diversity is increasing across all spheres of society and a sea change is underway for people from all walks of life” he opines.

Gary feels that in the past, the main blockage to inclusion has been the tendency of people to focus on differences in their encounters with others, which makes building trusting relationships really difficult. “The more we understand and focus on our commonalities, the more acceptance of each other we achieve” is his mantra to achieving inclusion in diversity.

His greatest inspiration stems from the work of the late American psychotherapist, Carl Rogers who created the three pillars of unconditional positive regard, empathy and congruence, which lend themselves well to the contexts of interculturality, diversity and inclusion.

Appreciation, Gary feels, has unfortunately become something of a buzzword these days. Carl Rogers takes appreciation to a higher level with his term ‘unconditional positive regard‘ a mindset in which we strive to value our counterpart, regardless of how different our counterpart’s perspectives or model of the world may be from our own. The practice of empathy involves spending time reflecting from the perspectives of those different from us, their thoughts and their feelings while congruence refers to genuinely meaning what you say and what you communicate when engaging with others.

Diversity and inclusion were not so much on the radar for many of Gary´s clients 20 years ago. In those organisations where it was a topic, it was regarded as being largely separate from interculturalism. Intercultural training was often looked upon as coaching to learn how to work with one´s counterparts in other countries or how to prepare oneself to go, live and work in a foreign culture.

He opines that one key change now is that societies in Europe have become very diverse, a trend which due to globalisation and migration continues to increase, which by implication is changing the role of the interculturalist.

“Interculturality as well as diversity and inclusion has never been so relevant as now” he stresses and a point with which I wholeheartedly agree.

One fundamental challenge he used to find quite tiring, is currently being reframed in a good way. Better questions are being asked by corporates.

The root question ‘how can we deal with the challenges which arise from our work with our colleagues from different countries’ seems to be being replaced with ‘how can we build mutual trust and get the best of a whole bunch of different perspectives we have in our teams.`

”The more we realise and focus on our commonalities, the more acceptance of each other we achieve.”

When I quizzed Gary on organizations and individuals who are doing groundbreaking work on the subject, he was all praise for the role of the European Union and its willingness to support initiatives to solve the challenges and embrace the opportunities created by increasingly diverse cultures across Europe. He lauded the efforts of SIETAR Germany and SIETAR UK for their work on integration of migrants and refugees besides the development of professional standards in the field of interculturalism.

His message to the world at large at the end of our conversation, which I hope will continue, was “Enjoy diversity, it is greater than you think”, a paraphrase of a song title by the singer Guy Lombardo. See you all in a fortnight with soundbites from our next chosen guest! Thank you Gary!

With love from Hamburg, 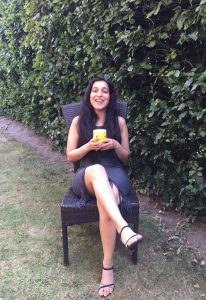 ← Kim Jiyoung, Born 1982 What reindeer and Indigenous perspectives can teach us about climate change →
We use cookies on our website to give you the most relevant experience by remembering your preferences and repeat visits. By clicking “Accept All”, you consent to the use of ALL the cookies. However, you may visit "Cookie Settings" to provide a controlled consent.
Cookie SettingsAccept All
Manage consent