Coffee with MG and David Livermore 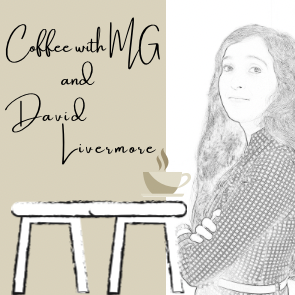 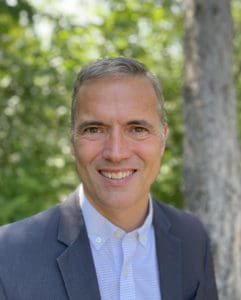 “Only awareness and knowledge do not lead to change!”

“Treat Diversity and Inclusion with the same level of seriousness as you do profitability! (or cost-savings if you’re an NGO)…It requires deliberate focus and strategy.”

Last week, I found myself once again toggling time zones. I´ve gotten good at that over the years and am actually on time! Living in Germany has steamrolled the IST (Indian Standard Time) out of me to JOT (Just on time)! And for whom did I do that? David Livermore.

Meet my charming, affable guest of the month- the founder of the Cultural Intelligence Center in East Lansing, Michigan, and a visiting research fellow at Nanyang Technological University in Singapore. He consults with global organizations around the world, including the Harvard Business School, Google, Coca-Cola, the US Department of Defense, BMW, Qatar Airways, the United Nations, and dozens more. Considered a thought leader in Cultural Intelligence and global leadership, an advance copy of his forthcoming book “Digital, diverse and divided” is impatiently sitting with me, nudging me to traverse the pages which introduce readers to Cultural Intelligence as an evidence-based way to work together and address issues in multiple human interactions.

My efforts at time management were rewarded by a remarkable, lively and rich conversation with David, the “social scientist”. Yes, that term sits well upon the man who admits:

“I’m insatiably curious about how people think and behave”.

This was an interaction where many comments resonated with my own thoughts on diversity and inclusion and others surprised me…like his inputs on the increased global mobility of students in the last few years which ideally should have led to more intercultural interactions.

“95% of all international students end up not interacting with a diverse group…they gravitate towards their own tribe”.

Hmm…one would have thought that the explosion of the digital world and the phenomenal increase in traffic to international universities would automatically increase cultural intelligence.

“Short visits do not automatically translate into increased intercultural intelligence…people who stay for several years might benefit more”.

Once more, I realize, and aver, how critical intercultural training is in the rapidly mobile and digital world today.

From a young boy aspiring to be a missionary and save lives, David has come a long way. That aspiration before finishing college soon changed when he gave in to wanderlust. His travels over a hundred countries sharpened his curiosity about varied cultures and behaviours reaching a seminal point in the year 2000 when he dove into the intercultural field and set up the Cultural Intelligence centre in 2011. Historically—CQ was primarily applied to crossing international borders, when companies went international and had to interact with people in different countries or had to place employees there.

“Over the last 10 years, we’ve spent a great deal of time applying it to domestic diversity (e.g., the vast diversity within the US, India, South Africa etc.). Now my newest research is focused on how we can use CQ to overcome polarization—wherein two individuals who may come from similar cultural backgrounds have wildly different ideological or political perspectives.”

I couldn’t agree more with the direction of his research. My own definition of Culture, in keeping with the fast-changing global environment has finally been tapered to individual culture (instead of national culture) which is shaped by upbringing, education, work and other experiences, community interaction as well as influence of the nation the individual belongs to. We can no longer bracket people just by their origins or nationalities.

David´s view on diversity goes further. “I usually talk about the importance of distinguishing visible and invisible diversity. We know from our research that CQ is a critical link between having diversity and whether or not those diverse individuals feel included and can engage effectively”.

Twenty years ago, according to David “It was largely viewed as a “cost center” that was buried in HR. I also found that internationally, it was seen as a “Western” priority and not something relevant to businesses in APAC and MEA. DEI/EDI is now more likely to report into the C-suite; It’s tough to be a credible global organization and not have a statement about your DEI work. In addition, job applicants are asking about it. That said, I’m in a number of conversations currently where many are quietly abandoning the level of commitment (financial, staff etc. ) that was put in place in May/June 2020 believing it’s an unending cost that will never be viewed as doing enough”.

On organizations which are largely embracing DI, David shared some names of the big fish like Microsoft (very strategic use of ERGs), Google (who realized that bias training wasn’t enough), some units of TATA (TCS in non-Indian markets; generational differences across India), Qatar Airways (all cabin crew trained in CQ).

The parting shot from David “Don’t just teach awareness…teach skills” seems very apt today, befitting the waves of changes which are pushing individuals and companies to keep on their toes. Work as we knew it, is not the same any more. Relationships as we knew them are also not the same anymore. They are influenced by more factors than one ever thought of. It is an interesting medley,  the environment influencing individuals and vice versa…Hmm, food for thought for all of you till next month!

Did David´s opinions trigger your thoughts? Did my ruminations stir them? Do drop us a line for an open chat!

With lots of love from Hamburg!

← Introducing our new hot topic: Climate Change & Migration What gives you hope? →
We use cookies on our website to give you the most relevant experience by remembering your preferences and repeat visits. By clicking “Accept All”, you consent to the use of ALL the cookies. However, you may visit "Cookie Settings" to provide a controlled consent.
Cookie SettingsAccept All
Manage consent