Caste – The Origins of our Discontents 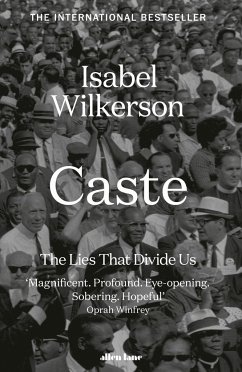 Caste – The Origins of our Discontents
by Isabel Wilkerson

Given the current focus on racism and the Black Lives Matter movement, I was invited to review a few of the latest books addressing racism and, particularly, what is labelled as “white privilege”. While several of these were quite informative, Isabel Wilkerson has managed to outdistance them all in her latest book. Why? She goes beyond the either/or accusations of racism aimed at individuals and penetrates the human dynamics that construct, drive, define and separate us and reveals how they function in our personal, physical, social and political systems.

While discussions of racism in our times are rich in anger and blame and the horror stories to substantiate them, they can easily block rather than motivate us to be aware of, understand and begin to manage our individual and group behavior. Wilkerson excavates and illustrates the workings of caste systems, their arbitrary creation and their preservation.

To do this she reaches beyond the boundaries of Anglo American and European colonialism and slavery, examining the caste system of India as well as the creation of the brief but devastating genocidal enterprises of the Third Reich in Germany. The Indian system being age-old, the other being cobbled together adopting the framework provided by eugenics and legislation developed in the USA to identify and suppress “inferior peoples”, particularly Blacks, and then directed toward Jews and other “lower caste” populations in the expanding Third Reich.

Honest history brings the stark realization that designations of black and white, yellow, red, and brown are the product of the colonization of the New World where human beings were defined on the basis of their looks, identified solely in contrast to each other, then ranked to form a caste system based on a new concept called race. Newly arriving immigrants struggle to find the best place they can in this system, discovering who they can be above and striving to do so. “None of us,” Wilkerson points out, “are ourselves.”

Wilkerson identifies and describes eight pillars that create, shape and enforce a caste system, which include elements flowing from faith, heredity, culture, occupation, mating, attribution of purity and superiority to dehumanization and stigmatization enforced by terror. Skin and eye color and other physical attributes as well as age and names become the markers for casting populations and identifying individuals in the drama of caste. Here one’s status becomes an inflexible role imposed by the system. One is driven not only to preserve status in the face of the threat caused by the progress and success of lower castes, but even men aced by the attainments of those of one’s own caste. Caste is so deeply embedded in identity that its defense appears as essential to survival.

In neurological terms, the author makes clear the innate function of enculturated and imbedded caste frames or biases that are at work automatically in all of us. For example: “Among whites, the sight of a black person, even in faded yearbook photographs, can trigger the amygdala of the brain to perceive threat and arm itself for vigilance within 30 milliseconds of exposure, the blink of an eye.”

This function is in all of us, though its content is variously focused depending on our identity and our role in the real-life drama of caste and our need to exercise and preserve it for ourselves and against whom. If we are to progress in the dismantling of caste, the starting point for us as individuals is the conscious recognition of these frames, the script we have been given, and continuous reprogramming of our system and the behavior it engenders. It takes effort to manage the unconscious signals of encoded superiority or inferiority, to maintain the presence of mind necessary to counteract the programming of caste.

Caste systems are socially constructed and thus can also be dismantled. The author points out that is “tempting to vilify a single despot at the sight of injustice when, in fact, it is the actions, or more commonly inactions, of ordinary people that keep the mechanisms of caste running”. The extraordinary value of this book is that the author is explicit about these everyday mechanisms, giving focus to our efforts to investigate and interrupt them. There are clear paths encouraging abandonment of “ain’t it awful” shrugs and taking meaningful action. Sympathy and, worse, pity are obstacles, not solutions.

The path requires radical empathy, “putting in the work to educate oneself and to listen with a humble heart to understand another’s experience from their perspective, not as we imagine we would feel.” It involves seeing and connecting with the humanity of the person in front of us, finding the key that opens the door to whatever we may have in common. Wilkerson’s stories show us examples of how to do this, how to handle the now, the given con

text in which we find ourselves. Activism in the streets is meaningless without action in the moments of our everyday lives.

Caste is rich in both well researched facts, historical and social, and abundant well-written stories, both collected and personal to the author, that alert us to and illustrate how caste penetrates daily life, how it is part of the culture of work, play and relationships. Though painful in historical honesty, it is a pleasure to read in addition to providing the kind of aha moments that motivate us to move forward. My copy is dripping with yellow highlight that I would like to cite, but let me stop with the imperative, “Read it!”

← 54Lights: Africa out of the Shadows Decoding Chinese Business Culture →
We use cookies on our website to give you the most relevant experience by remembering your preferences and repeat visits. By clicking “Accept All”, you consent to the use of ALL the cookies. However, you may visit "Cookie Settings" to provide a controlled consent.
Cookie SettingsAccept All
Manage consent