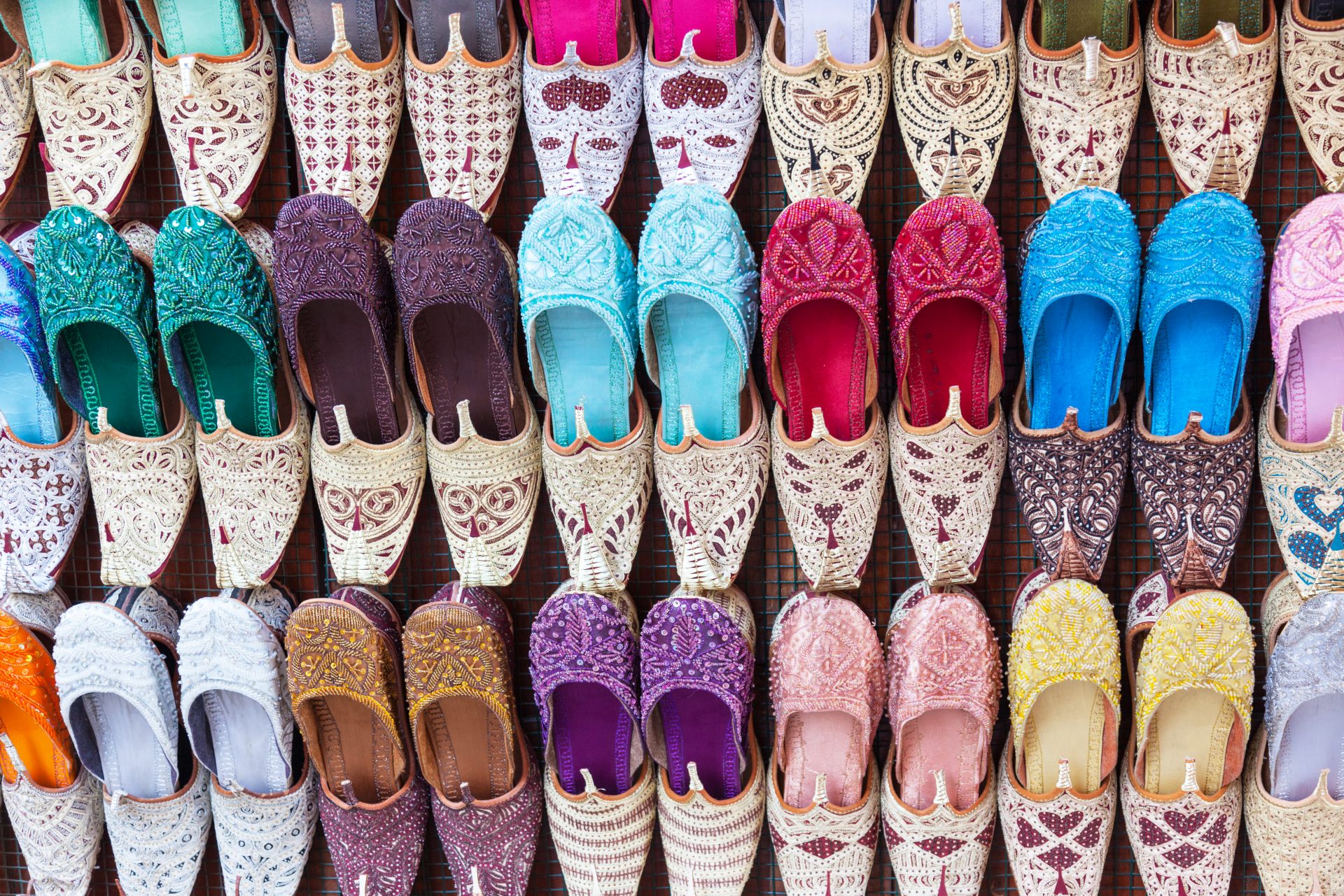 Creativity arises through the combination of existing  knowledge or through the transfer of knowledge from  one field to another. This new configuration can create  added value.

Studies on intercultural working groups or organisations  show, on a collective level, that creativity and innovation  can arise through the collaboration of people from differ ent cultural backgrounds. However, little research has  been done on an individual level, on whether and how  bicultural people are creative and innovative.

Bicultural people are individuals with a migration back ground in the broadest sense, but also individuals who have  been socialised interculturally through intercultural parents,  intercultural partnerships, longer stays in different countries,  etc. Due to their insider/outsider interposition, they can put  themselves into different systems of meaning and action,  and take on neutral metapositions, which is rarely the case  with monoculturally influenced people.

Some bicultural individuals reveal special problem-solv ing strategies precisely because of their biculturality and  insider/outsider intermediate position. Through “outside  the box” thinking, frames of reference change in such a  way that individuals perceive the world from different per spectives: “Either-or” thinking does not promote creative

processes; however, “both-and” thinking does: seemingly  contradictory values, ideas or practices can be cognitively  anchored and used synergistically at the same time.

In new and different cultural contexts, bicultural people of ten have the appropriate intercultural competence, such  as diversity of perspectives, flexibility, empathy or toler ance for ambiguity, to solve dilemmas – even if bicultural  people are often unaware of their own and foreign cultural  imprint. With these abilities, they are able to develop and  control social systems such as organisations.

An interesting field of research, which has received little  attention so far, is that of company founders with a mi grant background – Intercultural Entrepreneurship. Inter cultural entrepreneurs are people who start a business  outside their home country and are therefore confronted  with different cultural (values, practices, artefacts, mean ings) and institutional (laws, standards, regulations, vo cational training) contexts. In order to be successful, they  need not only to be able to move safely in these contexts,  but also adapt and evolve themselves (further).

By example of the Syrian fashion designer Mohamad Al hamod, who created a fashion label in Munich (see blue  box on next page: Mohamad Alhamod’s story), we show  how biculturalism can promote creativity and innovation.

Fabrics in azure blue, hibiscus red or alabaster white; they glide over  the skin; some soft like a breeze, others rough and wild like a storm.  This is Mohamad Alhamod’s favorite childhood memory. The mother  runs a small tailor’s shop in the apartment in the Syrian capital Da

mascus. The pleasant tingling sensation left on the skin by the rough  Syrian wool, the delicate oriental silk or the hand-woven linen fabrics  is still an essential inspiration for his fashion today.

Born in 1980, Mohamad Alhamod is already aware at the age of five:  he will one day become a fashion designer. Soon not only fabrics,  buttons and ribbons cover the floor of the apartment, but also colour ful drawings and sketches – long-sectioned women in elegant dress es. The mother shakes her head over the slender waists and tight  cuts. When he is 15 years old, she sends her eldest son to the master  tailor to teach him: sewing suits, shortening hems, fitting shirts. Pre cise handwork that will have a formative effect on the clear style of  his fashion.

In his early 20s Mohamad goes to Beirut, an oriental metropolis full  of international inspiration. There the young tailor meets the world famous fashion designers Abed Mahfoz and Nicolas Jebran and  becomes their assistant. At Mahfoz and Jebran he helps to create  collections for Milan, Paris and New York. He sews for Arab prin cesses as well as for Italian or French ladies. The union of Orient and  Occident shapes the style of his clear and at the same time sensual  fashion.

At the end of 20 he finally opens his own studio for haute couture in  the heart of Damascus. He soon exports exclusive women’s fashion  to the entire Arab world. He makes his first contacts in Europe when  the war broke out. The district where Mohamad Alhamod lives with  his wife and two little daughters is attacked almost daily. In order to  live in safety, the family moves to Germany.

In autumn 2018 Mohamad Alhamod opens his first studio in Munich.  Inspired by the European ideal and shaped by his own destiny, he  works exclusively with natural materials that gently cares the body.  Natural fabrics with their own character and extraordinary feel. Wool,  silk, linen as he knows them from his childhood in Syria and as they  are hardly available on the market today. His fashion tells the story  of a life full of new beginnings. Arab and European influences have  come together in a unique way. High-quality handicraft with elegant  sensual style, responsibly produced.

Insights into bicultural creative worldviews  “Eliev” it reads on the sign that catches our eye as we en ter the modern studio in a side street in Munich (Germany).  “Eliev comes from believe”, Mohamad tells us a few minutes  later at the beginning of our interview. The atmosphere is  warm-hearted – we immediately feel welcome. We spend two  hours with Mohamad, in between extraordinary and beautiful  design fashions: jackets, trousers and dresses on beautiful  golden self-made hangers. Exceptional, because Mohamad’s  design fashion is different. It emerges from the context of two  worlds – the Orient and the Occident:

“I come from a completely different culture – the oriental cul ture. And now I’m in a European world. I think that this mixture –  which I probably don’t do intentionally – brings something new.  It brings something that I as a designer probably don’t see, but  I let the others see it in my work. The knowledge I learned in my  home country and the knowledge here in Germany, the speed  that everything runs fast, fast, fast and so technically. There’s  so much handiwork in Syria, all done by hand. I try to mix both,  not only tradition but also not everything mechanical, technical.  Just a mixture, doing something nice…”

When asked what inspires Mohamad and how he creates his  clothes, the bicultural imprint and the innovative patterns of  thought from both cultural contexts become particularly clear:

The authors with Mohamad Alhamod

“I have a philosophy regarding the weather, which here in Germany is 200 of 360 days bad. […] Our spring is like summer here.  And that means that people have more colour, probably more  joy, more satisfaction – even despite all the problems we have  in Syria. […] We need colours for our souls! And I like to do that,  that’s my idea. We have to be more conspicuous, why shouldn’t  I be conspicuous – we don’t make a clown – we wear something  beautiful and colour is important in this black weather!”

“Creativity for my fashion comes when I sleep, then I dream  of something. Inspiration then comes from almost everything  you see, because you see with different eyes as designers:  from a flower you get inspiration, from a plant, from a person,  from a woman, how she moves – you get ideas. The colours  of nature, how nature is combined or, on the contrary, to turn  harmony into something “hard”, to do something different. You  bring those colours together. And then you really have some thing extraordinary. I’m inspired by everything.”

Johann Wolfgang von Goethe already described in his West-East ern Divan that the contrasts between Orient and Occident repre sent an enrichment:

“Who knows himself and others, will recognise:

Orient and Occident are not dividable any more”

This is exactly what Mohamad Alhamod represents by combining European and Arab elements. His biculturalism influences his concepts, inspiration and thought processes consciously as well as unconsciously and unintentionally.

Knowledge about the home culture, and the host country cul ture create a “mixture – something beautiful”. For example,  the colder climate in Germany (“black weather”), which helps  to appreciate colour – the joy of colour. The frames of asso ciation and interpretation that Mohamad (un)consciously uses  come from his home country Syria – where the weather is  warmer, the word associations mentioned are “spring”, “sum mer”, “joy”, “satisfaction”, “beauty”.

Phases of creative creation are closely related to observa tions and dreams, shaped by experiences in both cultures.  Nature, but also human movements are seen from a different  perspective. The – in this case – oriental frame of reference  opens the view for the described creativity.

Our case study illustrates that biculturality can promote cre ativity and innovation. Accordingly, research and practice  could discover, appreciate and use not only challenges in  dealing with migrants, but also the many ongoing opportuni ties of this human capital for organisations and society.

Christoph Barmeyer (Full professor) & Sina Grosskopf (Doctoral candi date) work at the Chair of Intercultural Communication at the University  of Passau. More information and publications can be found at: www.uni passau.de/en/barmeyer

How the cultural factor can influence

Between the World and Me →
We use cookies on our website to give you the most relevant experience by remembering your preferences and repeat visits. By clicking “Accept All”, you consent to the use of ALL the cookies. However, you may visit "Cookie Settings" to provide a controlled consent.
Cookie SettingsAccept All
Manage consent