As interculturalists, is it time to look beyond nations for a deeper understanding? 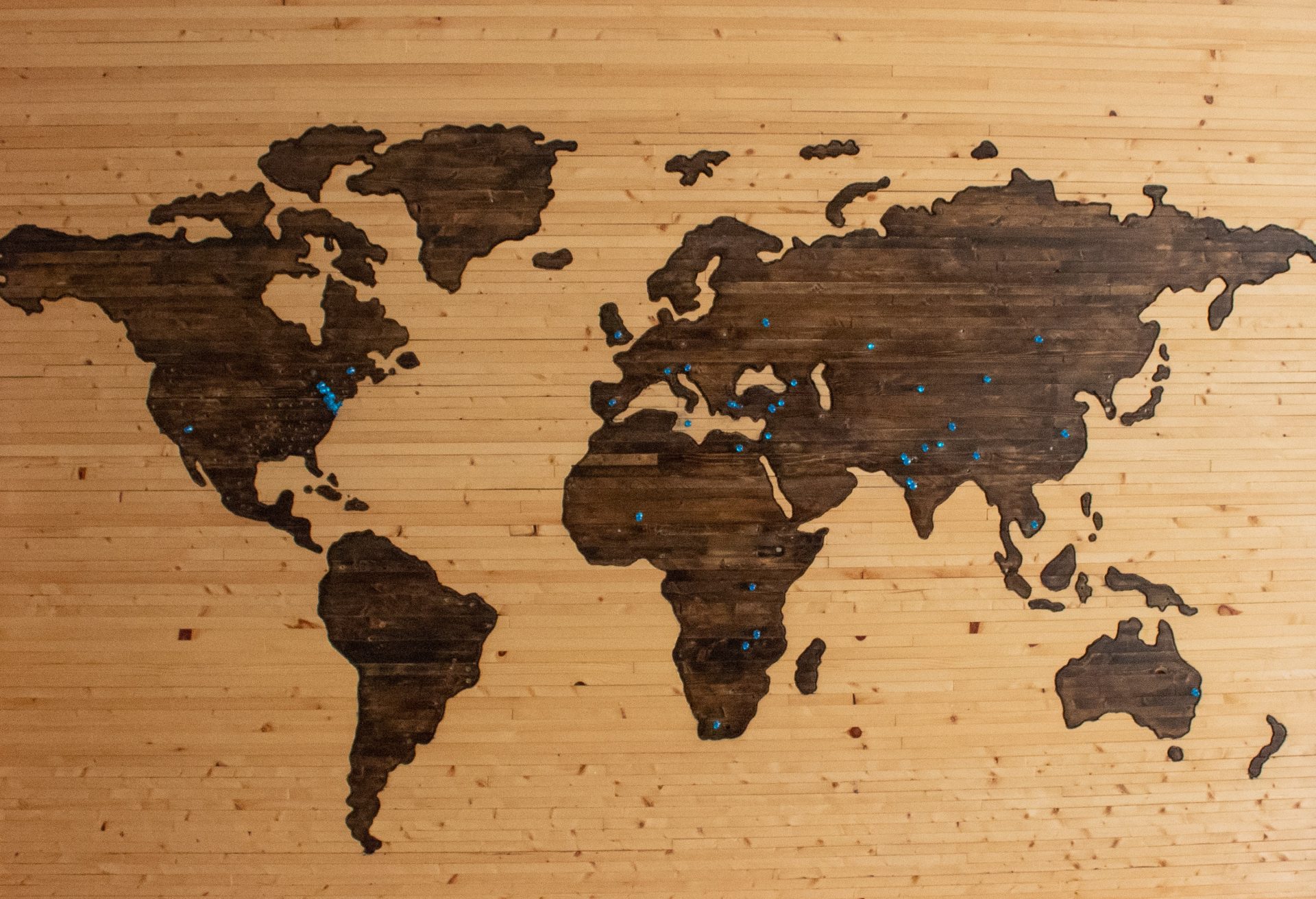 Brief summary: When it comes to understanding culture, national cultures are often the de facto option to highlight difference. But in today’s ever-evolving and globalised world, what can we gain by looking beyond nations – and what other avenues could we explore to bring cultural differences to life?

As interculturalists, is it time to look beyond nations for a deeper understanding?

‘The best reason for exposing oneself to foreign ways is to generate a sense of vitality and awareness – an interest in life which can come only when one lives through the shock of contrast and difference.’
Edward T Hall, 1981, p.30

As an interculturalist, expat and perpetually curious individual, the above quote from Edward T Hall resonates with me on many levels. It also strikes me that much of the intercultural theory I have encountered thus far seems to interpret ‘foreign’ as ‘another country’. Since I don’t believe this necessarily to be the case, it has prompted me to explore how else to potentially interpret this and what the significance of looking beyond nations is, given the reality of the world we live in today.

Where did national cultures come from?

The notion of culture dimensions arguably emerged in the 1950s, with Edward T Hall’s research on low and high context communication. During this time, he was working at America’s Foreign Service Institute (FSI) teaching intercultural communication skills as part of a comprehensive curriculum designed to prepare personnel for a career in foreign affairs. As trade opportunities boomed for the United States in the post-World War 2 economic landscape, those in power were focused on how the United States as a nation could do business with other nations. Thus, acquiring knowledge about culture – and classifying it at nation-level – made perfect sense.

Fast forward to the 1960s and Hofstede’s seminal work. Once again, nations were used to highlight cultural differences and plot the data. Why? One explanation is that nation is the main (perhaps only?) major way to segment the data because Hofstede’s research participants were a largely homogenous crowd:

Later research (notably by GLOBE) expanded the number of nations and organisational backgrounds in scope, but the use of nation as primary differentiator largely remained. Erin Meyer’s 2014 bestseller ‘The Culture Map’ shows that this trend has continued well into this century too.

Why is this? Relatability and relevancy provide important clues. For most of us, nationality is an important – and often emotionally-charged – component of how we self-identify, and a popular way in which we make sense of how we and others fit in the world. One need only look at sports culture to see the importance we still place on identifying with a specific country or territory.

The exponential rise of globalisation

In 2018, Alibaba chose Xi’an, a city in central China, for their new headquarters. This placement was deeply symbolic: among Xi’an’s many claims to fame (including being one of China’s Four Great Ancient Capitals and the home of the famous Terracotta Army) is that it marked the eastern end of the Silk Road. From the 2nd century BCE up to the 18th century CE this network of trade routes connected east and west and is arguably where globalisation began. By choosing Xi’an, Alibaba was giving a clear nod to China’s history at the forefront of widespread trade and commerce.

The Silk Road’s very existence shows us that inter-community and international trade is nothing new. And neither is globalisation, for that matter: the term was first coined in 1930. But what is new and unique today is the rate of change. For centuries the rate of world imports and exports rose modestly, before skyrocketing from the late 19th century onwards.

Our twenty-first century reality is one of large numbers of goods being exchanged daily, while people migrate from one part of the world to another in response to career opportunities and geopolitical events. The peak in global migration came during the decade 2000-10, when around 4.6 million people migrated annually. Before and since then the numbers were lower, but hardly less significant (e.g. an average of 2 million new migrations occurred each year during the 1990s).

Recent geopolitical events like Brexit offered illuminating examples of the effects of all this migration. It was well documented that, faced with losing their rights to movement, jobs and education within the EU, hundreds of thousands of British citizens rushed to apply for citizenship in the EU country in which they lived or were linked to via ancestry. In 2019, 3,827 Britons acquired French nationality, a steep jump from 320 in 2015. Similarly, in Sweden the number leapt from 942 in 2016 to 4,267 in 2019, and in Germany from 622 in 2015 to 6,640 in 2018.

The problem with national cultures

Undoubtedly, they are useful – and remain highly relatable and relevant today, as we looked at earlier – so my proposition is not to do away with them completely. Rather, it’s to question how useful and applicable they still are in today’s context, where migration and globalisation have significantly impacted national demographics. Can national cultures alone truly reflect the nuances that are present? Think about the increasing number of third culture individuals, for instance, for most of us third culture individuals neatly aligning with a national culture is no easy feat. And reading up diligently about Belgian work culture won’t prepare someone for a meeting with someone like me, who lives in Belgium following an upbringing across three continents – each of which has shaped elements of my style, values and outlook.

Where else could we look to add the nuance that’s currently lacking?

Casting the net further than countries

There are many directions we could go in. Here are three suggestions.

‘Baby boomers are stubborn and resistant to change.’ ‘Millennials would rather buy avocados and lattes than save for a property deposit.’ Stereotypes like these are everywhere, and it can feel like generation is just another way for the media to cause tension and incite conflict among different groups. But, fellow interculturalists, let’s not dismiss generation too soon.

Look closely and you’ll see that the roots of difference between national cultures and generational cultures are the same: historic events, values, behaviours, communication styles, and motivations. In the same way that celebrating Bastille Day on July 14th brings French people together and its core tenets (Liberty! Equality! Fraternity!) influence collective consciousness, Barack Obama’s election in 2008 served as a defining moment for many millennials from France to Sudan to Argentina. Meanwhile, modern communication platforms like TikTok have proven their ability to connect generation fellows across geographic divides – and give rise to generational culture trends and forms of expression.

When it comes to language, the grammar book is just the tip of the iceberg. Grammar is important, but the nuance (and, in my opinion, beauty) comes from the values, shared experiences and history that it communicates. Idioms most clearly exemplify this:

Each brings a colourful picture to life. For the Dutch, the historical importance (and enjoyment) of pork products in the daily diet. For the Portuguese, the lore of Inês Perez de Castro who lives on today in collective memory long after her death in 1355. Though these sayings originated in a specific country, they will be familiar to speakers of each language no matter their location through colonial ties, migration, and so on – thus creating a connection and significance similar to millennials’ relationship to Obama’s election or baby boomers’ to the fall of the Berlin Wall.

Some research into the relationship between language, values and behaviour has already been done by economists like M. Keith Chen, who found that speakers of languages with weak future tenses are overall more likely to participate in future-oriented behaviour like saving money and abstaining from smoking. Building on this, it would be great to delve deeper and see what exploring this with an intercultural lens can add to our understanding.

Circling back to Brexit, the referendum on whether the UK should leave the EU was won by a margin of 3.8%: 51.9% voted to leave vs 48.1% who voted to remain. Analysis of who voted what and where paints an interesting picture: 83% of rural localities voted ‘leave’. And 51% of urban localities voted ‘remain’ (in London, that urban holiest of holies, that figure was 85%). Clearly there’s something to explore around how the setting in which you live (or identify) intersects with values, expectations and behaviours.

I encountered this phenomenon myself not long ago. Relocating from one multi-national company in a capital city (London) to a similar setup in another (Brussels), I imagined that my new and former colleagues’ ways of life would be broadly similar. Hence, I was not prepared to experience intense culture shock and feelings of being out of sync – and, on occasion, to be viewed with suspicion because of my way of life. My lightbulb moment was realising that our different outlooks were due in part to the fact that many colleagues came from backgrounds more rural than my own.

To reiterate, my purpose here is not to discredit national cultures. Nor to suggest that we stop using them. I firmly believe they historically served a purpose and continue to do so today. Nevertheless, I also believe that by considering other areas in conjunction with national cultures we can move towards a richer picture – and greater understanding – of our current reality.

Tamara Makoni is a culture, communication & inclusion specialist. Following many years in international business, she founded Kazuri Consulting in 2021 to help companies demystify culture and translate good intentions into strategic actions for success. Today she works with clients on topics including diversity, equity & inclusion, and cross-cultural leadership, alongside performing intercultural research. She can be reached at tamara@kazuriconsulting.com.

← White is not a colour, is it? Interculturalists and white privilege  Change Begins with Us →
We use cookies on our website to give you the most relevant experience by remembering your preferences and repeat visits. By clicking “Accept All”, you consent to the use of ALL the cookies. However, you may visit "Cookie Settings" to provide a controlled consent.
Cookie SettingsAccept All
Manage consent