A Brief History of SIETAR Europa

as we remember Mieke Janssen-Matthes

She received the SIETAR International Senior Interculturalist Award and was also the recipient of the SIETAR Europa Lifetime Achievement Award in 2005, in recognition of her unfaltering support for European integration, and her unwavering energy and devotion to the development of SIETAR Europa.

The founding of SIETAR Europa

About thirty-five years ago, Mieke attended numerous SIETAR International Conferences and with her warm straight forwardness, impressed many regarding the importance of the intercultural field and how it was unfolding differently in Europe in contrast with the U.S.A., Canada and the Far East. She clearly and patiently explained (whenever an opportunity arose to do so) how SIETAR International was American culture-focused in its organizational structure, methods of decision-making and other management functions.

After a meeting of many Europeans participating in the SIETAR International Congress in 1988 in Boston, a small group met again on the weekend of November 9-10, 1989 in a monastery in Saarbrücken, Germany. Besides the host, Wolf Hemminghaus, in Germany and Mieke from the Netherlands, people attended from Sweden, France, Denmark and Switzerland. It was the weekend when the historical events unfolded in Berlin that would change the map of Europe. As walls were crumbling in Germany, SIETARians were busy deciding how to build bridges.

In 2009, on the 20th anniversary of the conception of SE, Mieke wrote to the authors saying, “I still have a feeling ‘Europe was in the air’ that weekend 20 years ago and we just tuned in! Certainly, one of the important moments of my life, when I look back at it from such a distance.”

In early 1990 in Paris, a small group of 8-10 people gathered to discuss a European SIETAR, that focused on a Europe without borders which was quite radical at the time! The Berlin Wall had just fallen, but East and West and national boundaries were well guarded. Each country in Europe still had its own currency.

The Paris group chose from the attendees present an Interim board: Mieke as President, Leslie Guggiari as secretary and Susan Vonsild as treasurer. Mieke shouldered the burden of getting SIETAR Europa recognized by Dutch law and finding a physical home.

The newly built Haarlem Business School kindly offered us a tiny room as office space and became the first official seat of SIETAR Europa. During 1991 we even bought a computer! Though nearly an hour’s train ride from Mieke’s home, she tirelessly spent 1-3 days a week for 4 years overseeing the office and our student helper.

In 1991 in Haarlem, the Paris working group and interim board invited as many interculturalists as we could identify in Europe to the first conference, which was held at the Haarlem Business School. Our key mission was to de scribe together the state-of-the-intercultural-field in Europe in 1991. It was designed as a mapping exercise, and then an exploratory dialogue about what role SIETAR Europa could play. We worked around 3 themes: education, immigration and business. The results of this joint exercise became the framework for SIETAR Europa.

Past President of SIETAR Europa (1997-1999), Vincent Merk recalls, “It was in the early 1990’s, when a handful of European SIETARians first met, and later held the first Congress of SIETAR Europa at the Hogeschool Haarlem. It was the small beginning of something big! Mieke was our inspiring guide and determined leader in this adventure. She naturally became the first elected president of SIETAR Europa, and she set the foundations to help develop it into a truly European as sociation 30 years later.”

The interim board, now officially elected as Board of SIETAR Europa under Mieke’s leadership as President, set about establishing the organization throughout Europe, while negotiating SIETAR Europa’s role within the SIETAR International network. Recognizing the different needs of the vastly different countries and cultures of Europe was crucial. It was also important to connect the grassroots with the decision makers in government and business across Europe.

Being cognizant of the need to organize our activities at different sites around Europe, north-south and east-west, the second conference was therefore held in Colle Val D’Elsa in Italy in 1992. The third conference in 1993 was held in  Bad Nauheim, Germany, where a critical mass of German  attendees meant that a SIETAR Deutschland could subsequently be launched.

Mieke took on the task of getting SIETAR Europa recognized by the Council of Europe and UNESCO, and through SIETAR International, also at the UN – an important step for legitimatizing our organisation. We were first movers: the Council of Europe gave us support for the 1994 Jyväskylä, Finland conference to organize a Round Table of Eastern Europeans.

This was an exciting moment where interculturalists from the Eastern Bloc countries could meet and debate freely face-to face! Even without a local presence, we took the leap and organized the 5th and last conference under Mieke’s leadership in Prague in 1995, a successful conference with 250 attendees.

After thirty years, it is incredibly important to acknowledge that this interdisciplinary, professional and service organization, whose purpose is to implement and promote cooperative interaction among people of diverse cultures, races and ethnic groups, is still so pertinent today.

The birth and early years of SIETAR Europa were not always easy. There were conflicts and disagreements, but also triumphs and lots of fun. Mieke took us through many a debate – building SIETAR Europa was a hands-on exercise in managing real cultural differences – within a group of intercultural specialists! Mieke mentored subsequent presidents and boards, lending her support and acting as a bearer of organizational history.  Without Mieke, SIETAR Europa would not be. 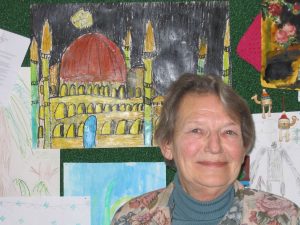 “What I appreciated Mieke for, was that she started a movement, made sure it was running, and then let it flow.”
Marie-Therese Claes, President of SIETAR Europa 1999-2001

“Mieke was a gifted educator, organizational and people per son with exquisite general and emotional intelligence. She led, nurtured, mentored and championed individuals and organizations working in the field of intercultural relations and was amongst the first people in the field to recognize and acknowledge that racism, anti-semitism, islamophobia and other forms of discrimination and exclusion needed to be addressed in the field of Intercultural Education, Training and Research (SIETAR), education and society in general.  …. the intercultural field is poorer for her loss though richer thanks to her huge contributions to it over her many years of involvement and dedication.”
Monica Rosenzweig Armour, member of the SIETAR Europa Board 1997-2001

“I have wonderful memories of her warm personality, her way of making everyone feel at ease, her gentle way of being determined in what she was saying and doing.”
Roberto Ruffino, host of second SIETAR Europa Congress 1992, Colle Val d’Elsa, Italy

“Her hard work and enthusiasm inspired the many presidents who succeeded her. Her support has gone now, but her spirit still surfs on the waves of our European Society for Intercultural Education, Training and Research. R.I.P. dear Mieke.”
Vincent Merk, President of SIETAR Europa, 1997-1999

← Interview with Joel Brown: A thoughtful and profound interculturalist Interview with Svetlana Buko: A joyful and penetrative interculturalist →
We use cookies on our website to give you the most relevant experience by remembering your preferences and repeat visits. By clicking “Accept All”, you consent to the use of ALL the cookies. However, you may visit "Cookie Settings" to provide a controlled consent.
Cookie SettingsAccept All
Manage consent